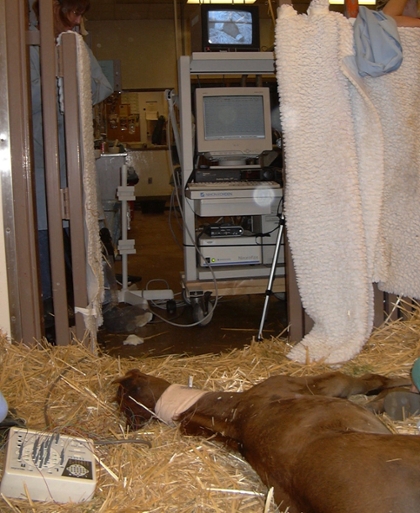 Seizures are manifestations of abnormal electrical activity of the brain particularly the cerebral cortex. These can manifest as generalized or focal. Horses can have seizures while standing or can progress to recumbence. Seizures are relatively less common in horses than in other species; however if occur these events can pose a major safety concern for the horse, other animals, and people. Seizures can be due to extracranial (e.g. profound hypoglycemia, liver disease with over production of toxic products such as ammonia) or intracranial (e.g. masses, infection, unknown) causes. Epilepsy means recurrent seizures, which causes could be various. Our group is currently studying seizures of multiple causes with the main focus on breed-associated epilepsy. Juvenile idiopathic epilepsy is the only well characterized epileptic syndrome in large animals. This disorder occurs in Egyptian Arabian foals and can manifest from a few days to a few months of life. Affected foals are clinically normal between seizure episodes. An electroencephalogram to study electrical activity of the brain shows characteristic abnormalities mainly in the central and parietal regions of the brain. The disorder is genetically inherited. Exciting findings will be published soon!

Epilepsy is relatively uncommon in horses compared with other species and limited information is available.

The objectives of the study were to describe the age of onset, clinical signs, clinicopathologic data, electroencephalographic findings, treatment, and outcome, including long-term prognosis in Arabian foals with idiopathic epilepsy.

Twenty-two foals were included in the study.

The age of onset of affected foals ranged from 2 days to 6 months. Seizures were characterized by generalized tonic and clonic motor activity, staring, and loss of consciousness. The most common postictal signs were transient blindness and abnormal mental status. The interictal neurologic examination was otherwise normal. Clinicopathologic data and imaging diagnostics were normal except in 4 foals that developed complications. Electroencephalography revealed epileptiform activity in 9 of 13 foals. Foals were treated with benzodiazepines for the short-term; whereas phenobarbital was used over the long-term. Potassium bromide was added in 3 foals in which seizures were multiple, frequent, and difficult to control. The long-term prognosis was favorable with cessation of seizures by 1 year of age. The most common complication was head trauma. The most common concurrent disease was pneumonia.

Juvenile idiopathic epilepsy of Egyptian Arabian foals has an early clinical onset but appears to be self-limiting. Information obtained from this study strongly suggests a heritable condition that merits further investigation. 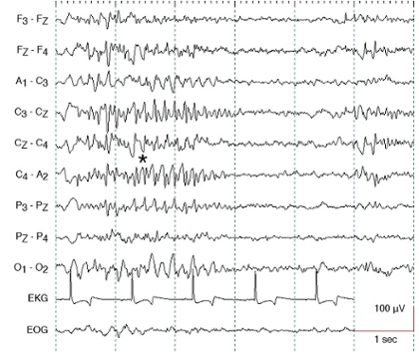